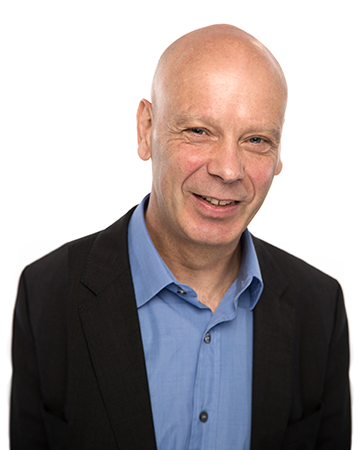 6 Steps to start the creation of high performance cultures
Are you treating the right problem?
The ‘Simply Irresistible’ Leader
Best Managed Companies Rise to the Challange

We sat down with Simon Haslam, lead designer for the new short programme Leadership Decision Making, to ask why it is so crucial for leaders to examine their own, and their organisation’s, decision-making process to extract new value in this complex business environment.

Why has decision-making become so prominent as something for leaders to develop over the last few years?

Two things really. Firstly, the complexity we see, and the pace required in today’s business environment has risen exponentially in the last few years. Secondly, we understand much better how people make decisions – this in turn makes us better at developing that decision-making ability.

.
Can you talk specifically about some of the things that cloud decision-making for business leaders?

Recently it’s been the absolute plethora of information that is available to business leaders, primarily due to technological advances. There’s so much information out there it becomes not about the gathering of information, but what to do with it all.

What I try to home in on is the idea of ‘framing’. We as individuals bring our own assumptions to every decision – if you give two different leaders the same set of data, they will come to two different conclusions because they have different frames of reference.

So, one of the key challenges is examining the lens’s that we’re looking at problems through.

One prime example is Kodak. The story most commonly told is that they were left behind by digital technologies. This isn’t true. They ‘got’ digital, but where they got it wrong was their frame of reference.

They thought digital would lead to a shift in how people would print out pictures, not that it would change consumer behaviour fundamentally. Their business model was to make profit on the margins – printers, film etc. – and tried to extend that into the digital age, whereas the consumers rejected all that stuff and started storing all their photos on their computers and phones.

.
How can a leader remove their bias and ego from a big decision they’ve made, particularly one that isn’t working?

The first thing a leader should do is explicitly ask themselves ‘what are my biases?’ Once they’ve shone this light on themselves they can begin to put in place what we call ‘organisational correctives’. If we accept decision makers are biased, but still must make decisions, what steps can we put in place to correct for that bias?

One client I work with has a ‘four eyes policy’, which is very much like it sounds. The leader has their ‘two eyes’ and they make a call based on a set of data. That call will never get implemented unless someone else has looked at it first. So, their biases can be mitigated against by someone else’s.

If we can have a situation where the leader welcomes challenge from people from a different persuasion, then the likelihood my own bias will be reduced because I have to accept data from a different type of person.

.
When you’re looking at organisations as a set of decisions – presumably millions of decisions every day – how can a leader evaluate what’s important and how do they find value in the decisions across the organisation?

One of the things we recognise as self-evident is that sometimes organisations make big calls… such as if you were deciding to expand further into Europe. But for the most part, organisations’ strategies are the culmination of lots and lots of small decisions.

The strategy of the company will be determined by the decisions that all the employees make in a moment – it’s important that leaders have a clear culture and mission for people to know where they should point. We’d call this ‘the organisation’s DNA’. If you get it right, getting those small but valuable decisions right should come naturally.

.
We’ve entered the era now of machine learning and AI – at what point will machines become better at making decisions than humans, and for it to be applied to the workplace?

It’s already happening, and we are well on that journey. We have well developed algorithms that are far more capable at predicting than human judgement, particularly an individual’s judgement.

So, there will be that progressive data-driven decision-making coming through. We humans are not good at putting genie’s back in the bottle, so now we’ve opened it we’re not going to put it back in the box. For senior leadership and organisations, the one Rubicon we’ve yet to cross is that we haven’t yet put creativity and decision-making into algorithms.

In terms of the mechanistic stuff, the algorithms are doing their job already. But, in terms of the more creative and lateral thinking, I think decision-making in these areas are where humans will continue to have an advantage for some time.

Simon Haslam is a lead designer on the new IMI short programme for senior leaders, Leadership Decision Making. This interview is an annotated version an episode from the IMI Talking Leadership podcast.