Communicating in an Emergency 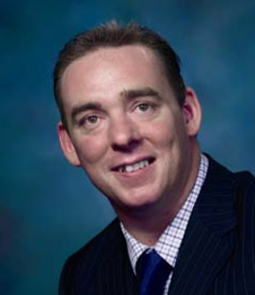 Communicating in an Emergency

On January 15th, 2009 captain Chesley “Sully” Sullenberger performed an emergency landing in the Hudson river with 155 people on board

.
The rest is history. Thankfully after an emergency landing in the Hudson river all 155 people on the plane were pulled to safety by emergency crews. The media hailed the captain as a hero and his ability to keep a cool head and communicate clearly in a crisis situation was the reason everyone survived. Hopefully you will never be in this situation, but how do you communicate in an emergency?

.With the recent weather conditions, the media was full of emergency communications, providing updates and information to enable Ireland to prepare for, deal with, and recover from storm Emma and the ‘Beast from the East’. During the communications the message was clear:

.
Notice a similarity with the structure of the captain’s message? When it comes to communicating there are three golden rules, they are:

.
Clarity is all about ensuring the message is clear, it will be understood, it will not be misinterpreted. Brevity is about keeping the message concise, saying only what needs to be said, avoiding waffle. Impact is about making sure the message is remembered, it has an impact, people act on it.

Clarity, Brevity and Impact are the foundations of a communications model known as ‘Think on Your Feet®’ which was originally developed by Dr. Keith Spicer, a prominent Canadian public figure. He was the first Commissioner of Official Languages of Canada and the former Chairman of the Canadian Radio-Television Telecommunications Commission (CRTC).

The model is designed to work one to one, one to a few and one to many. When you have lots of time, a little time or no time at all. In addition, it can be applied to face to face, phone or written communications. The marvel of this model is in its simplicity. At the core of the model is a communication structure that is supported with a set of delivery plans. One of these plans is known as the clock plan..

The clock plan moves via points in time, such as, last week, this week, next week or the 70’s, the 80’s the 90’s. So, let’s say you are working on a critical project and last week was a disaster, you are behind schedule and over budget. It’s Monday morning and you are dreading bumping into the boss. For you, this is an emergency.

Just as you turn the corner to head for the stairs your worst nightmare comes through, right in front of you is the boss, and he asks, ‘Well Sam how is the project going?’. Think fast, you could lie, but if the boss finds out you are in trouble. You could tell them how bad it is, but that risks a grilling by the boss.

Using the model as a guide you can use a phrase like: ‘Last week we had a disaster, but this week we will fix that, and by next week we will be back on track’.

By demonstrating you are aware of what happened in the past, what needs to be done in the present, and what results are expected in the future, you leave your boss with the feeling you are in control of the project.

It may not be ‘‘Sully’’ landing a plane on a river, but using a structured method of communicating can certainly help in our own, more personal, emergencies.

Derek Fox delivers on IMI’s programme’s ‘Think on Your Feet’ and ‘Presenting with Impact’ and is an expert in management development, innovation and interpersonal communications. Derek has published a number of books including his bestselling titles in both Psychology (DISCovering your style and dealing with difficult people) and Presentation skills (Presenting without fear).

Think on Your Feet®
Personal Development