Einstein’s Eighth Wonder of the World

A look into the world of compound interest. 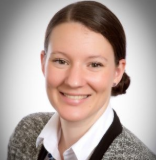 Caroline Kirrane is an IMI associate on the IMI Diploma in Management.

2018 hghlights from IMI speakers
21st Century Leadership: The Shifting River
30% Club Sponsorship offered by IMI
3 critical skills to develop if you want to work for the Intelligent Enterprise
“I have just been asked to do a presentation”... Relax and take your finger off the panic button

Einstein’s Eighth Wonder of the World

“Compound interest” or “compounding” is when interest is added to the principal sum of a deposit or loan, and it’s one of the most basic and useful concepts in finance. The mechanics of compound interest are relatively simple, but its effects are powerful. Compound interest is such a valuable tool that Einstein reputedly called it the “eighth wonder of the world” and “the strongest force in the universe”.

Companies and their financial managers would do well to regularly remind themselves of the power of compounding. If you’re borrowing money for a project or acquisition, it should be productive enough to cover your cost of capital, because if not, you’re destroying value. Compounding gives us a crucial law of investment – the longer the time horizon, the better the outcome. Compounding shows that you can build wealth if you invest in projects that have the potential to be continuously productive over the long-term.

What about individuals? If you are a net saver, then compound interest is working for you. If you are a net borrower, it’s working against you. Compound interest explains why you will pay roughly €100,000 of interest alone on a 20-year mortgage of €270,000 in Ireland (i.e. your total repayments will be about €370,000). This is not to say that borrowing money is always a bad thing. In the past, mortgages have been seen as sensible because of the underlying asset – your home – was almost sure to increase in value year-on-year, offsetting the interest rate you have to pay on the mortgage. House price performance in Ireland over the last decade has forced a revision of these assumptions. Another area of personal finance where compounding should be considered carefully is with regard to your pension. “Save early, save often” is a mantra in the pensions industry and compounding shows us the particular power of saving early.

This week saw the announcement that Bulmers is to retire its familiar marketing slogan “Nothing Added But Time”. It’s a great slogan and as compounding shows us, can be the key to financial success. At the very least, we should be mindful of Einstein’s cautionary note regarding compounding – “Those who understand it, earn it. Those who don’t, pay it.”

Caroline Kirrane is an IMI associate on the Finance for the Non-Financial Manager Programme. Caroline has a decade of experience working in financial markets. She has an undergraduate degree in Business from Dublin City University and holds a Master of Business Administration (MBA) from Trinity College Dublin and is a CFA Charterholder. She is an adjunct lecturer in Finance at the Trinity Business School and also advises start-ups on finance and strategy.