We must challenge with difficult tasks 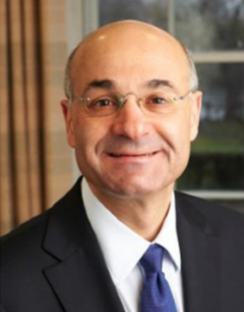 Costas Markides is an IMI associate who teaches on the Senior Executive Programme.

Are people innovative simply because we ask them to think outside the box or to think creatively?

The question is: “did Gauss think creatively about his task? Did he innovate?”  The answer, obviously, is yes.  But why was he so creative?  Was it because we asked him to think outside the box or to think creatively?  Was it because we asked him to be innovative?  Obviously not!  The simple answer is that Gauss was creative because in trying to tackle a really difficult task, he quickly realised that he could not do it by using the standard methodology or the standard way of doing things (which was adding the numbers linearly).  He, therefore, questioned the way he was trying to solve the problem.  By questioning his methodology, he was able to think of another way (i.e. another methodology) to solve his difficult problem.

This example has immediate applicability in business.  We will not get innovation in companies by asking people to be innovative or by encouraging them to think outside the box!  What we must do instead is to first give people a really difficult task (say a stretch goal) and then (and more importantly) “sell” it to them to win emotional commitment for it.  If they really bought into the goal, they will attempt to achieve it.  But they will quickly realise that they cannot achieve such a stretch goal by simply using their old ways of doing business.  They will, therefore, begin to question their ways of doing business (like Gauss).  Out of this questioning will, hopefully, come new and innovative ways of operating that will allow us to achieve this stretch goal.  The key to all this is that people “buy into” the stretch goal.  And nobody will buy into anything until we actively “sell” it to them to win their emotional commitment.

All this suggests that innovation is not an end in itself.  It is, instead, a by-product of something else.  And that something else is the active questioning that comes about when our people are trying to achieve a really stretch goal that they have really have bought into.  If you don’t believe me, just read the biography of Steve Jobs.

Costas Markides is an IMI associate who teaches on the Senior Executive Programme.  Costas is Professor of Strategy and Entrepreneurship and holds the Robert P. Bauman Chair of Strategic Leadership at the London Business School.  He is a researcher and widely published author on the topics of diversification, strategic innovation, business-model innovation and international acquisitions.   He was named one of the Top 50  Most Influential Management Gurus by Thinkers50 in 2011.