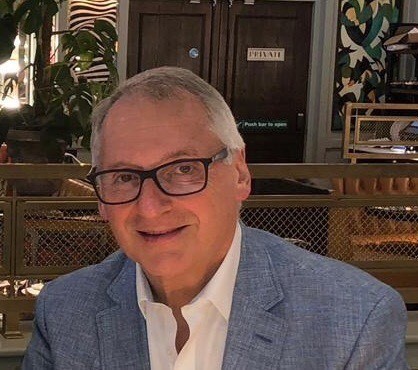 David Cornick is Programme Director for the Leading with Strategic Intent programme, designed in association with IDA Ireland for leadership teams in FDI subsidiaries.

Beyond the BRICs: Is your organisation set to benefit from the next emerging markets?
Hands up if you have a Brexit plan, and can you share it with the class please?
A Fixed or Growth Mindset? What it Means for Your Organisation

Ireland has attracted multinational companies for years, and local leadership teams need to continually evolve to retain and increase their influence on the international stage.

There can be little question that one of the great success stories of the Irish economy is our continuing ability to attract foreign direct investment to these shores. However, recent IMI research suggests that in order to continue this success story local leadership teams will need to enhance their ability to influence strategic decisions on the international stage.

And, when we look at the numbers, there is a lot to influence.

Viewing Foreign Direct Investment (FDI) companies as a percentage of GDP, Ireland is easily considered one of the most globalised countries in the world. Inward economic flows from FDI companies accounted for 66% of Ireland’s GDP in 2015, compared to 1% from our UK neighbours.

FDI companies employ approximately 300,000 people in Ireland, according to the Central Statistics Office, and employment in this sector grew by 7% in 2018, compared to national average of 3%.

These statistics show the outsized influence FDI companies have on the Irish economy, but do not show the influence the leadership teams in these Irish hubs are having on their home headquarters.

One of the major challenges for leaders was building and sustaining a sphere of influence. Better leveraging their own ecosystem, optimising the strengths associated with Irish leaders, and creating a compelling strategic narrative to ‘sell’ to their international counterparts are seen as key to increasing their influence.

The leadership teams are focused on how they create value for their corporation and how do they get involved in terms of the strategic direction. What we’re looking for them to do now is get their head above the parapet and drive strategies forward and add more value for the corporation.

With disruption hitting almost every business model, developing a transformative mindset was the second challenge identified. It can be easy to slip into the ‘cog in a wheel’ approach, even as a senior leader of a subsidiary, but being an active change agent is vital when delivering on what will be required; transformative change.

A more empowered local leadership team will be able to capitalise on opportunities to innovate while excelling in their charter, and in turn this will be crucial from differentiating the Irish subsidiary from other bases around the world, protecting it from global economic forces.

‘’There isn’t a C-level executive I’ve met over my time at IDA who wouldn’t agree that having a more empowered local subsidiary management team that can do more for the corporation and add more value back isn’t a good thing’ said Leo Clancy, Head of Technology, Consumer & Business Services at IDA Ireland. ‘And I think that’s the core aim – that we have a self-determined team of leaders in Irish subsidiaries that can offer more value back to their corporate entity.’’

The third challenge is directly associated with globalisation – the ability to navigate cultural complexities. Working in matrixed organisations, across different geographies, with culturally-diverse colleagues and stakeholder, leaders must develop the abilities to not only manage these cultural differences, but leverage them.

The final challenge identified is attracting and retaining future leaders. Future proofing the organisation through strategic talent management and succession planning is fundamental for success down the road, both at local and international level.

Leading with Intent
Leaders in Irish subsidiaries of FDI companies have played an outsized role in global economics over the last two or three decades, and on the Irish economy itself. The vagaries of international economics, however, shows that foreign investment can shift from one country to another, and to remain on top requires adding value beyond tax rates.

By examining their roles as subsidiary players in the overall multinational game plan, building a unique leadership vision and value proposition within that game plan, and developing their ability to manage and strategically influence stakeholders in a matrixed, multi-cultural context, leaders in Irish subsidiaries can continue to be at the heart of their HQ’s thinking.

If you're interested in this article, you may be interested in our custom sector and industry programmes, including Leading with Strategic Intent for FDI Multinationals.