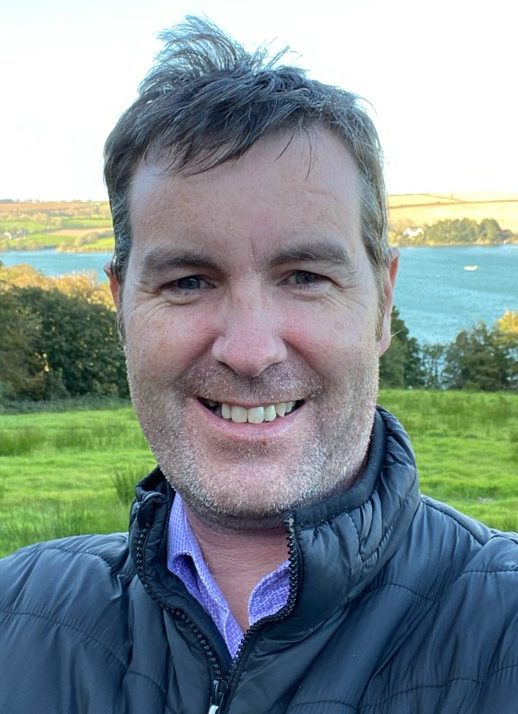 While we may be relieved at ‘surviving’ the pandemic, there is a growing realisation that we are now in an era when the world is becoming turbulent faster than our organisations are becoming resilient. Technology is evolving at breakneck speeds. Societal expectations are undergoing seismic shifts. Climate change is demanding an immediate response. Alan Jope, CEO of Unilever, recently identified climate change and social inequality as the biggest threats faced by his organisation.

In 2017 Harvard Business Review reported how 88% of respondents to a survey believed that their organisation’s business models were being disrupted. The conclusion being that disruption was pervasive – and this was pre-Covid!

In short, there is a ‘resiliency gap’ whereby organisations are struggling to transform in an increasingly volatile world that is exerting a complex set of pressures and demands. Long term resiliency depends not only on innovation within the organisation, but innovation of the organisation itself. Transformative innovation is an imperative, but it is also incredibly difficult.

Around 60% of leaders are expecting the level of disruption witnessed during the pandemic to continue, but around the same number feel they are not sufficiently prepared to lead in this environment. An almost identical number don’t have complete confidence in their organisations’ ability to adapt to disruptive events.

Strategy consultant and author Vaughn Tan writes about how disruption in high-end cuisine started about two decades ago when several trends that at first went largely unnoticed fused together to cause a phase change in the industry. Knowledge that previously was in the hands of superstar chefs became more accessible to others.

There was a gradual shift in influence from expert reviewers, writing in popular magazines and newspapers, to amateur reviewers (e.g. friends, family, bloggers, etc) on social media. In an increasingly competitive industry, there was a shift in power from the restaurants towards consumers. This heralded the arrival of new entrants competing to provide discerning consumers with new experiences. Innovation became a competitive necessity.

This shift in power from the centre to the edges is typical of periods of disruption and explains why resources that previously may have provided a competitive advantage can quickly become a strategic deadweight. What once worked no longer works as the value of existing skills, knowledge and experiences erodes. Following a recipe by rote may produce the same dish but not the same outcome.

In most companies where responsibility for strategy is concentrated at the top, there’s an enormous risk that the organisation will be late or fail to respond to existential threats for multiple reasons.

First, according to one estimate (from Gary Hamel), on average leaders devote less than 40% of their time looking externally and less than 3% of their energy to build a collective perspective on the future. In some companies the figure is less than 1%.

Second, leaders are the ones with the most emotional and intellectual equity invested in the status quo. In addition to being the ones who built the existing business and operational models, they also gained the most from those models. It is hard for them to write off their own depreciating social, political and intellectual capital.

Third, lower-level employees that engage daily with stakeholders, such as employees, customers and suppliers, are more likely to identify threats earlier than those at the top of the organisation and are best positioned to understand and act on those threats. However, they generally have not been granted the authority to act on these signals.

Fourth, employees may not have a ready channel to bring threats to the attention of those with the authority to act on them.  Instead, they raise their concerns up through a hierarchy hoping for word to come back down.

Fifth, it is only when a threat become obvious and big enough that it may appear on the radar of leaders and be acted on. Unfortunately, this is often too late.

The bureaucracy of the status quo therefore places a crippling tax on transformative innovation. When we concentrate the authority to authorise and act on change at the top of organisations, we are essentially holding our organisation’s transformation to hostage.

Paul Polman, Jope’s predecessor as Unilever CEO, is amongst a group calling for the emergence of braver leaders to drive transformative innovation. But in general leaders struggle to let go of the status quo for a number or reasons.

Paradoxically, those attributes that got them where they now are, are also those that are holding them back. In applying a disciplined focus on short-term results, they can become blinded to the waves of disruption threatening their organisations’ futures.

Letting go of the status quo is practically and emotionally difficult, especially when they have built reputations based on knowing. The pretence of knowing is a major challenge for organisations. The earlier leaders acknowledge that they don’t know, the sooner they open their organisations to a journey of discovery and they depart on a process of transformative innovation. When leaders acknowledge the uncertainty of disruption, their thinking changes and they start a journey towards a higher order of transformative thinking and innovation.

Mobilising voices at the edges of our organisations and inviting people into new spaces that are not governed by current politics is critical. At the edges are socially and cognitively diverse employees who are in most contact with the needs of customers, suppliers, communities. They are the people that generally are more likely to see problems first, see emerging needs early, as well as understanding the nuances of what is happening. When asking a question such as the “what is the best possible future we can create we what we already have” they are the ones most likely to generate answers that pose ideological, cognitive, strategic, social, and political challenges required for transforming our organisations.

When people notice that they are cognitively and socially different from one another, they change their expectations. They anticipate differences of opinion and perspective. This logic helps to explain both the upside and the downside of social diversity: people work harder in diverse environments both cognitively and socially. They might not always like it, but the hard work can lead to more diverse and better thought-out ideas.

Leaders who do not leverage the collective intelligence of their workforces to undertake transformative innovation are likely to be those that fail to bridge the resilience gap.

The world is changing faster than ever, bringing unimagined new challenges. These challenges can’t be solved using old formulas but instead require new thinking.

Famously Nobuyuki Idei, the former President of Sony, charged his engineers to become “Digital Dream Kids”. Rather than defining our organisations solely by output, we need more employees dreaming new futures and playing a greater role in the realisation of those dreams.

We need to provide the environment for passionate and diverse people to come together in unexpected ways to untangle their organisations’ most pressing problems.

■ Paidi O’Reilly (PhD) is an Associate faculty member at the Irish Management Institute across multiple programmes. He is the Chair of the Digital Transformation Lab at Cork University Business School and co-director of the Innovation through Design Thinking programme at University College Cork. He is an innovation facilitator and mentor with more than 28 years’ experience working with leading organisations, such as Dell EMC, Google and Facebook.

This article was first published in the Irish Examiner on February 18th, 2022.