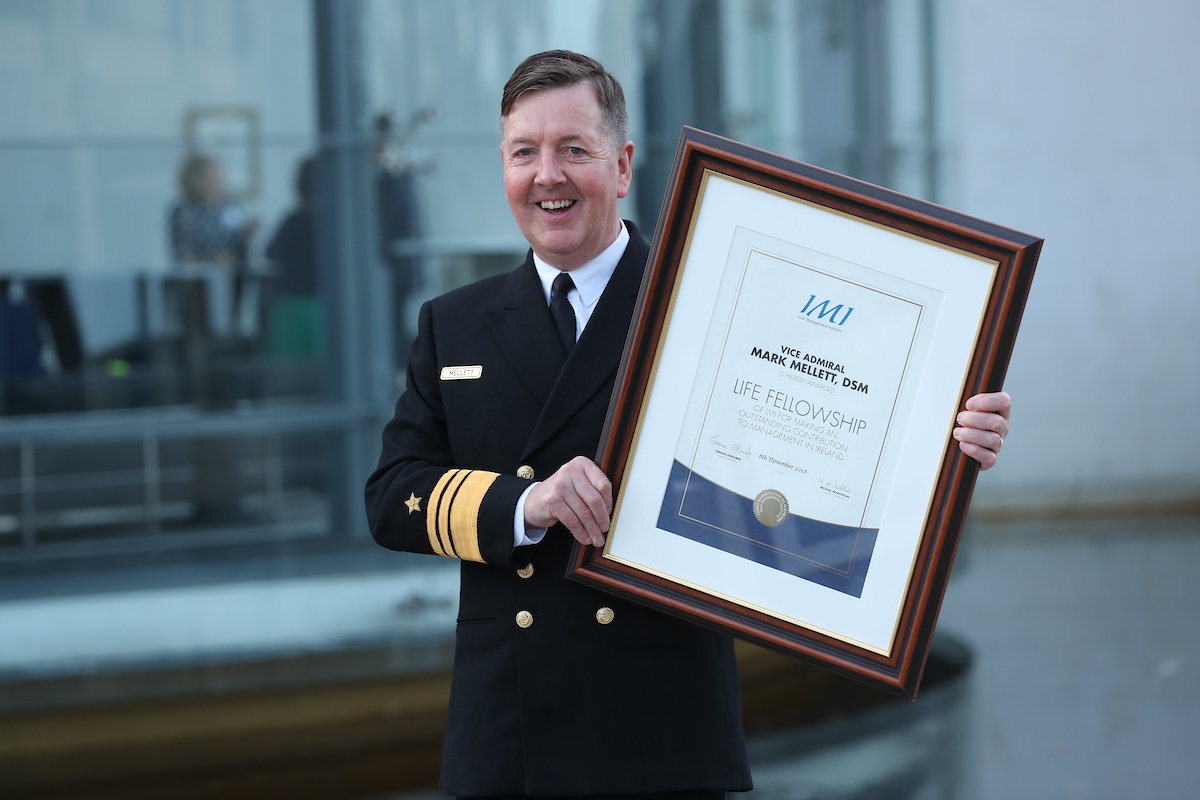 ‘Really, I’m just lucky to be a conductor of an orchestra made up of the finest men and women this country has produced. I was once told a friend of mine said to me ‘I have three rules for getting on in this world – the first is surround yourself with good people, and I’ve forgotten the other two…’ and that for me that is what it is all about. We’re a part of a bigger community and it’s how we work with others that we can make change happen.’

As Deputy Chief of Defence he led the Military input to the 2015 White Paper for Defence and on appointment as Chief of Defence, in partnership with Government, he quickly stood up the implementation of over 80 major projects driving transformation. During the same period, Admiral Mellett led the Irish Defence Forces’ adoption of NATO’s OCC E&F and Standardisation frameworks.

Admiral Mellett is a champion of internal and external organisational diversity. He led the introduction of a Diversity and Inclusion Strategy in the Defence Forces (the first of its kind in the Irish Public Service), which focussed on gender, culture, creed, age and sexual orientation. He is a strong advocate of external networks and partnership with other militaries, state bodies, research institutes and enterprise.