Susan Cain: Untapped leadership potential is all around us

The key insights from Susan Cain's Masterclass at IMI.

Susan Cain is a renowned speaker and author of the award-winning books Quiet Power, Quiet Journal, and Quiet: The Power of Introverts in a World That Can't Stop Talking.

Susan Cain: Untapped Leadership Potential is All Around Us

Top takeaways from Susan Cain’s Masterclass session on Quiet Leadership: How to Harness the Strengths of Introverts.

Draw on your own natural strengths

Recounting her time as a coach teaching negotiation skills, Susan told the story of her first client, an introverted and shy corporate lawyer. Faced with an unexpected situation in the firm when a senior attorney was called away on business, this young lawyer was tasked with taking on an important client meeting the next morning. While she spent a lot of time preparing and rehearsing her responses, when she was in the ‘arena’ of the crowded boardroom, she found it was not the hours of practice that she drew inspiration from. Rather, Susan explained, it was the lawyer’s own natural strengths that came to the fore.

Far from being the commanding voice in the room, the introverted lawyer spoke calmly to bring the two parties on opposite sides of the table to an agreement. Shortly after the meeting, she found a message from one of the clients in the meeting, thanking her for a job well done. The next day, the opposing counsel reached out to her to congratulate her and indicate their interest in working with her in the future.

Susan emphasised that so many introverts are made to feel ‘less than’ or that they are not up to the task. When they draw on their natural strengths, however, they ‘prevail and succeed’ in ways that are different, but equally valuable.

“This idea of this ‘internal battery’ that we all have is an incredibly useful metaphor for thinking not only about yourselves, but those around you. We are all wired completely differently.” 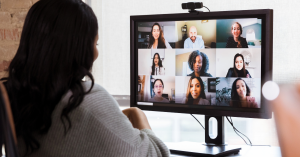 Susan emphasised that although it would be neater to create a one-size-fits-all work environment that catered to the needs of both introverts and extroverts, such an environment simply does not exist. Drawing on the everyday example of video calls and meetings, she called out the statistic that, in a typical meeting, three people do 70% of the talking. This dynamic, she cautioned, is a ‘dangerous’ one as it can lead to bad ideas being followed when perhaps there was a better, unspoken path all along.

While she noted that many elements apart from introversion and extroversion define this, she advised introverts to speak up early in meetings. By going into the meeting with a specific point to raise or question to ask, the more withdrawn team members can exert their influence earlier. She cited research that said the early points raised in a meeting are often the ‘anchoring’ ones and shape the discussion. By pushing themselves, she added, introverts can begin to change the narrative and make their voice heard. She advised extroverts to ‘curb their enthusiasm’ a little bit, speaking up less frequently at meetings when possible.

Ideas can thrive if we think, pair and share 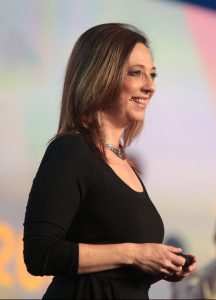 Introverts, Susan explained, tend to prefer thinking about their ideas in private before sharing them with a group. By contrast, extroverts are more comfortable speaking out and making their thoughts known on a subject. She cited the ‘Think, Pair, Share’ method as a way for leaders to bring their teams’ ideas together.

The method involves inviting people to think about a task or problem individually, after which they are paired to share their ideas. This one-on-one safe space, she said, results in greater participation across the board in teams.

Leaders can try a variety of other techniques to increase idea generation in teams, she said, including inviting one person to play devil’s advocate and act as the dissenting voice and brainwriting, whereby ideas are written down individually before being shared out by the facilitator.

The pain of independence

One of the major challenges facing the more reserved personality types, Susan said, is the conformity problem. Studies on the brain have demonstrated that when we position ourselves as the voice of dissension on a topic in a group setting, our fear centre is activated. Rather than stick to our guns, there is a natural human tendency to go along with the crowd.

She called this common phenomenon the ‘pain of independence’ and pointed to it as a trend that can be counterproductive for leaders and their teams. Regardless of where people lie on the introversion-extroversion spectrum, she said, this pain of independence can be detrimental to innovation and creative collaborations. 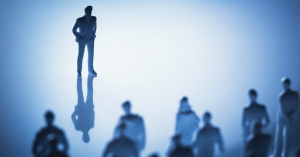 Hidden leaders are all around us

The more introverted among us, Susan said, tend to ascend to leadership positions through different channels compared to their extroverted counterparts. Introverts tend to get deeply invested in a handful of areas of their lives, ‘servicing their passions’, building networks and inspiring others. She advised leaders to look for the ‘unlikely’ leader in your ranks, someone whose passion, dedication and talent shine through consistently. On the surface, these people may not jump out as the prototypical ‘natural leader’, but many are more than capable of assuming that role.

She recommended that leaders make an appointment with these ‘unlikely’ managers and try to get a sense of what drives them, what their five- and ten-year plans look like and how they could be helped or inspired to move forward.

It is only by taking this step, she said, that organisations can harness the ‘untapped leadership potential’ that already exists. She noted that leadership comes in many different forms and we should pay attention to the subtleties that reveal themselves in the day to day.

Growth happens outside your comfort zone

Susan called out that while we must honour and be true to ourselves and our temperaments, at times the only way to progress is to step outside of that comfort zone. That happens at a different pace for everyone, she said, but it is the best approach to advance the goals that matter to us. She advised introverted leaders to assess the ‘core personal projects’ that matter most to them and decide which of them is worth stepping outside the comfort zone for.

Citing the example of public speaking as something that many people struggle with, she recommended facing that fear by allowing yourself to be exposed to it in ‘small doses’. She emphasised that people should consciously reward themselves after making this effort and ‘honour their downtime’, building time to recharge their batteries into their calendar.

IMI is delighted to partner with Mason, Hayes and Curran for this Masterclass.