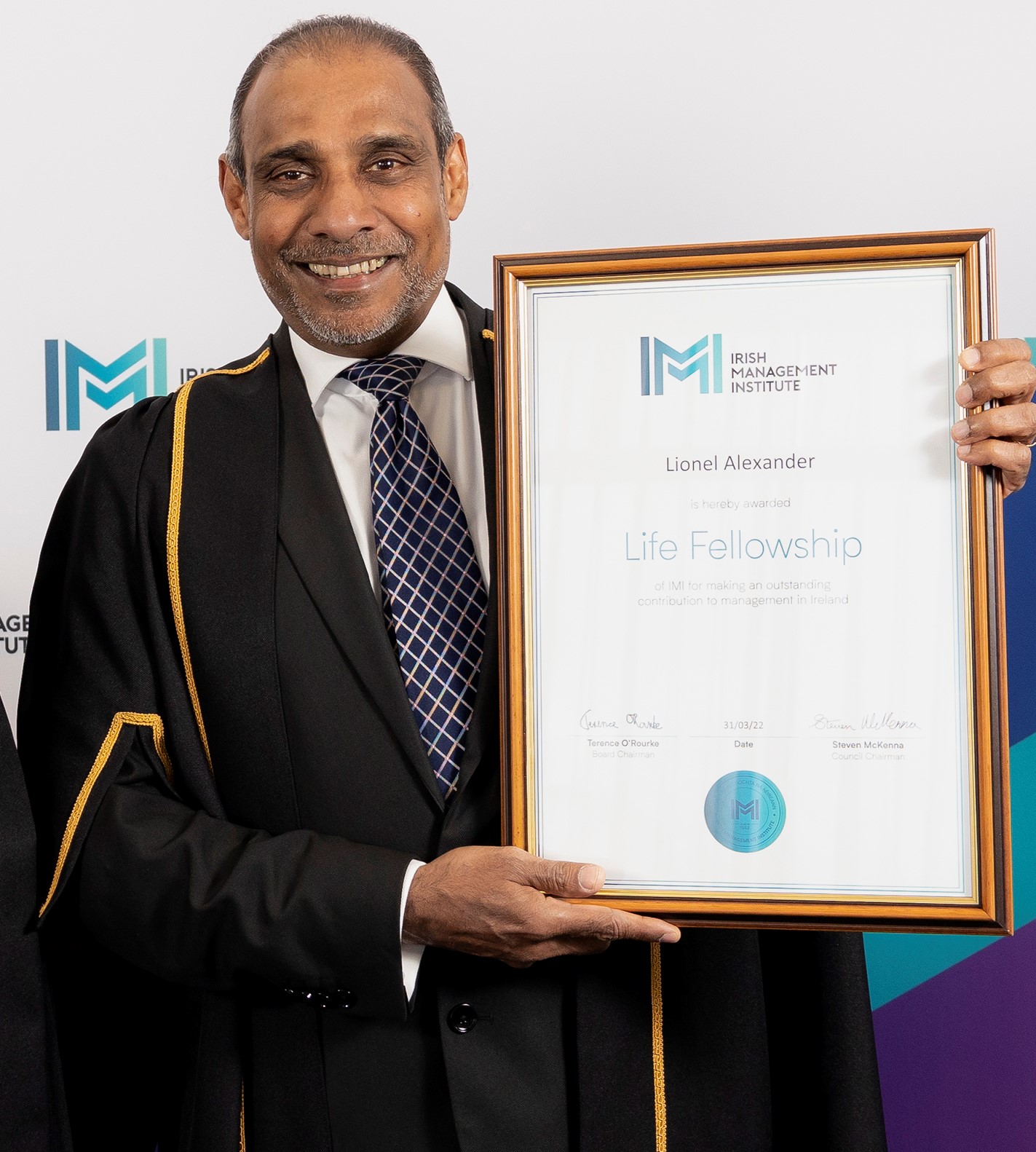 A native of Malaysia who moved to Ireland in 2000, Lionel Alexander is the former GM of HP Ireland
and VP & Managing Director HP Global Consumer Supplies Business & Development. His career is
characterised by significant leadership in advancing commercial and technological innovation in
Ireland.

In his 30-year long career at HP, which culminated in a position as general manager, he led
their highly valuable operations and investments in Ireland. Additionally, serving on the board of the
IDA for nine years, Lionel engaged with multinational corporations and indigenous Irish businesses to
deliver growth for Irish industries. He was appointed Chairperson of the Governing Body of the
Institute of Technology, Tralee by then Minister for Education and Skills, Richard Bruton T.D., in
September 2016 and oversaw the Institute’s application for TU status in 2019.

In June 2020, Munster Technological University, a merger of CIT and IT, Tralee, was formally recognised by Government. This achievement was hailed in the media as an accomplishment which would provide “an enormous economic boost to Tralee and Kerry and greatly improve Kerry’s offering in attracting foreign investment”. Lionel has a longstanding interest in developing the talent and competencies of Irish students, which he sees as key to driving future economic growth and prosperity for the country. In his role as chair of ICT Ireland he contributed to the introduction of Bonus Points for those taking Honours Level Maths in the Leaving Certificate which has led to an increase in the numbers of students taking Higher Level Maths over recent years.