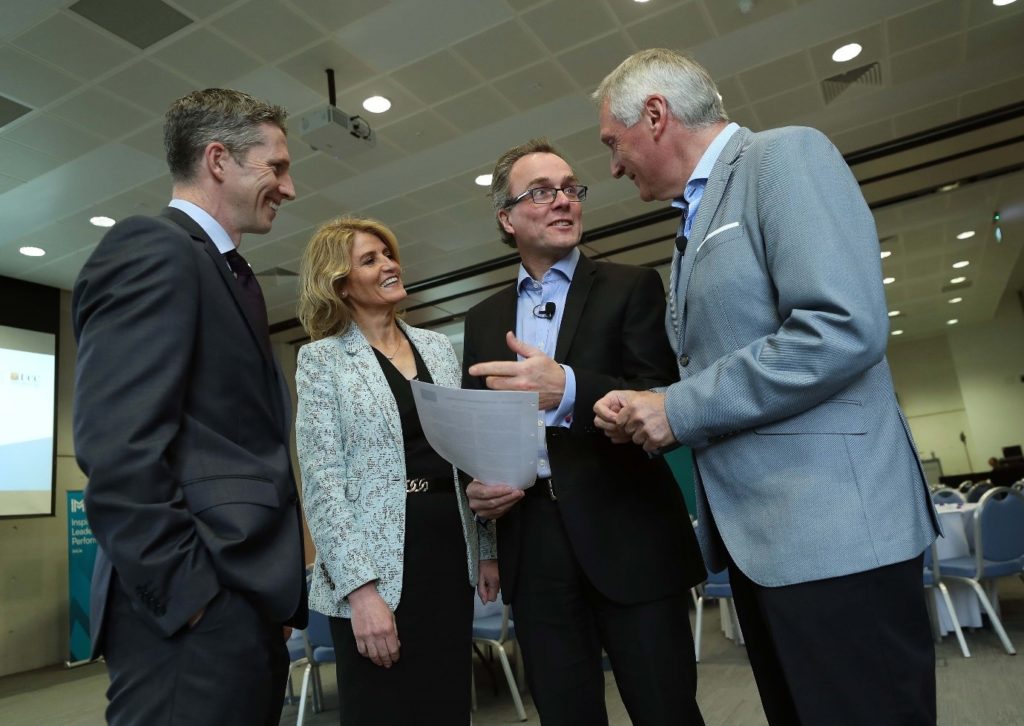 .IMI and IDA Ireland have launched the Leading with Strategic Intent programme for leadership teams in Irish subsidiaries of multinational companies. A result of research carried out with industry, the programme aims to develop leaders so that they can continue the Irish success story as a global hub for foreign investment.

Speaking at the launch, CEO of IMI, Simon Boucher, said ‘‘The people in this room represent a significant part of Ireland’s economy. You will have a great deal of influence on how this country will look in the decades to come. The challenges are big, and there are no silver bullets. It will require a new style of leadership – and today is one of the steps along the path to being the leaders we need to be to’’.

Through focus groups, workshops, interviews and surveys with 25 senior leaders representing the Irish-based subsidiaries of foreign multinationals, IMI identified the critical challenges facing leadership teams in Irish subsidiaries of multinationals. The research was carried out in association with IDA Ireland, who have been at the centre of attracting foreign investment to the country for decades.

‘‘There are over 1,400 overseas companies located in Ireland and they employ over 229,000 people’ said Mary Buckley, Executive Director at IDA Ireland. ‘Every FDI company in Ireland needs to be constantly adapting to the global business environment and continuously focused on potential new business models and activities. For the Irish leadership team it’s vital that their subsidiary remains relevant to Corporate HQ and finds opportunities to sustain and increase its mandate here’’.

Professor Julian Birkinshaw, a world-renowned expert in innovation, entrepreneurship and renewal in large corporations, addressed an audience of leaders from across industry and the public sector at the launch event in IMI’s conference centre. ‘‘The challenges of attracting investment are as big as ever, and Ireland is competing with every other country in the world’ said Prof. Birkinshaw. ‘I’m talking today about how some other countries have tackled the associated issues and giving the participants some new perspectives for them to work from. This is the first step on a multi-staged programme, and they’re going to be exposed to a lot of new ideas that hopefully invigorates and refreshes their thinking about the challenges ahead’’.

Viewing FDI companies as a percentage of GDP, Ireland can certainly be considered one of the most globalised countries in the world. Inward economic flows from FDI companies accounted for 66% of Ireland’s GDP in 2015, compared to 1% from our UK neighbours, and employment in this sector grew by 7% in 2018, compared to national average of 3%.

One of the key aims of the programme is to increase the influence of leaders in Irish subsidiaries, and add more value back to corporate headquarters. ‘‘There isn’t a c-level executive I’ve met over my time at IDA who wouldn’t agree that having a more empowered local subsidiary management team that can do more for the corporation and add more value back is a good thing’ said Leo Clancy, Head of Technology, Consumer & Business Services at IDA Ireland. ‘And I think that’s the core aim – that we have a self-determined team of leaders in Irish subsidiaries that can offer more value back to their corporate entity’’.
The Leading with Strategic Intent programme will run in both Dublin and Cork until October 2019.