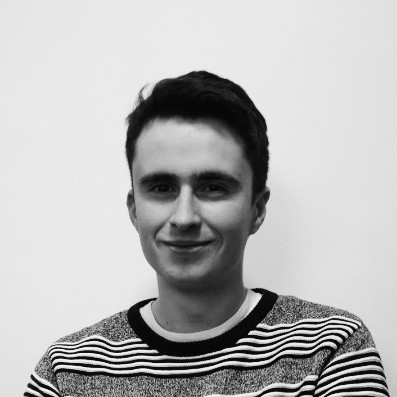 Despite the recent furore around a number of government departments missing the deadline to publish mandatory gender pay gap reports, the fact this legislation exists – and the role it plays in combating workplace gender inequality – remains heartening and commendable.

For those unaware, the Gender Pay Gap Information Act 2021 requires organisations with more than 250 employees to report on the hourly gender pay gap across a range of metrics on a chosen ‘snapshot’ date in June, publishing their findings six months later in December. Results, and interpretations of these results, can be found in various outlets and company websites. The true impact of this legislation will be seen in the coming years, not by analysing this year’s baseline metrics.

More important is to remember what gender pay gap reporting is, and what isn’t. As Ibec note, while this reporting is part of a much-needed wider strategy to address female participation rates and employment gaps between genders – 2019 research from the Harvard Business Review shows gender pay gaps shrink when companies are required to disclose them – gender pay gap reporting won’t identify or solve the myriad of structural, cultural and policy causes for these differences.

According to Dr. Kara McGann, Ibec Head of Social Policy, “The true value of gender pay gap reporting is what actions will be taken to tackle the causes and influence change in the outcome…it’s a starting point rather than a destination, an opportunity to create a more equitable workplace for all.”

Dr. McGann’s use of “actions” is key. While the government can lay the foundation through legislation, it’s up to individual businesses, individual organisations and individuals themselves to put their best foot forward in order to truly create a more equitable workplace. Indeed, gender pay gap reporting should be part of a much wider conversation about gender inequality in the workplace – starting at the leadership level.

For example, it’s common for organisations to have gender parity or close to it in entry-level roles, only to see the percentage of female employees decrease when getting closer to the top of the organisation. While Ireland has made efforts to prioritise gender balance at board level in recent years (42% of ISEQ 20 listed companies now have more than three female board members), only 13% of CEOs in Ireland of large enterprises are women. Likewise only 14% of board chairpersons and 30% of senior executives are female. 13% of Irish companies have all-male boards.

According to a McKinsey/Lean In Women in the Workplace study, this drop-off of women is primarily driven by gender disparities in promotion rates, not gender differences in hiring or retention, meaning career advancement should be where most companies should target their efforts. Of course, efforts to diversify the talent pipeline remain important, but if companies can’t develop and promote the women they hire, it will be difficult to achieve gender parity at the senior level.

One potential strategy to do so, along with closing the gender pay gap, is a shift towards project-based working models. With the rise of hybrid and remote working, the amount of time employees spend in the office has never been less important. But presenteeism and bias towards office-based workers (or those attending non-obligatory after-hours social events) remain a problem. By contrast, In the world of project-based work, employees are evaluated on their performance after each project — rendering moot how many hours they’ve clocked.

Assessing employee performance regularly should enable companies to make more informed staffing and resourcing decisions (including promotions) after the conclusion of each project and hopefully removing gender-based bias (as the only performance criteria is performance itself). However, it would be simplistic to consider it the only solution to combating workplace inequality. For example, a sole female on an all-male team will likely run into the same obstacles as in a traditional working model (not feeling included, voice not being heard, etc). Plus overcoming unconscious bias (such as gravitating towards those we feel most similar to) remains a challenge.

Nevertheless, a growing number of companies are showing increased commitment to supporting female employees and levelling the playing field. The 30% Club, which aims to deliver at least 30% female representation at board level and within executive leadership, now boasts more than 1,000 board chairs and CEOs across 20 countries.

Sharing some internal data, demand for the Irish Management Institute’s ‘Taking the Lead — Women in Leadership’ programme has increased threefold in recent years, which we take as a sign of how committed many organisations are to undergoing transformational change. The skills and capabilities acquired on programmes such as this – or on the IMI/30% Club Network Mentor Programme – are key to building resilient female leaders, capable of influencing and driving change within their organisations and beyond.

Because this is about commercial advantages too, and not just humanitarian aims. Research from the Harvard Business Review demonstrates that firms with higher gender diversity at the senior level are more profitable, more socially responsible, and provide higher-quality customer experiences, along with being more open to change and tending to focus on research and development rather than mergers and acquisitions.

Women don’t just bring new perspectives when they join the C-suite; they shift how the C-suite thinks about innovation, enabling organisations to consider a greater variety of value-creating strategies. Compare this to a homogenous team which shares a similar intellectual outlook and approach to problem-solving — in effect putting themselves at a competitive disadvantage.

Gender pay gap reporting is a vital starting point; true progress will only come when more organisations realise the competitive advantage they stand to gain when making the workplace more equitable, and the disadvantage they put themselves at by not doing so.