Brexit negotiators should look at Switzerland as an example 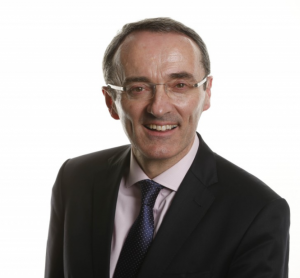 The longer the vexed question remains unanswered over Brexit’s impact on the Irish border, the greater the danger that it poses for the overall outcome of Britain’s EU exit negotiations. Maybe the negotiators should look at the case of Switzerland.

In 1992 Swiss citizens voted against joining either the European Economic Area (EEA) or single market, which was then being formed. The Swiss voted against joining the EEA over concerns about national sovereignty. Also, as the Swiss finance minister Ueli Maurer noted earlier this year, “to completely accept EU law would damage the economy”, as it would threaten the existing regulatory divergence between the country’s 26 cantons (states).

Nor is Switzerland a member of the EU’s customs union. That allows the Swiss to have their own independent trade policy. Unlike the EU, Switzerland has a trade agreement with China. When goods physically cross the border they may be inspected, however, and this leads to extra form-filling and delays. Yet only about 2% of road freight is physically inspected, with many controls carried out away from the border.

Christian Bock, the head of Swiss customs, told British MPs that a soft border on the island of Ireland could be possible. Bock suggested that common patrols between the UK and Republic of Ireland, a prequalification system for trusted traders and a streamlined system to manage “low-risk” or regular trade. This would most probably require a physical infrastructure on the border, similar to the installations between France and Switzerland that I recently drove through (without having to stop).
.
.
According to Pieter Cleppe of the Open Europe think tank, there is far more trade between the EU and Switzerland than across the Irish border. Roughly 30,000 people cross our border every day, while the number of people daily crossing the Swiss-EU border is more than 300,000.

The Swiss precedent looks like one worth following, provided the EU and the Irish government can overcome their negotiating rigidity on Britain exercising its national sovereignty.